Most people assume that the only way to be abusive is through physical means.

While this is true, there are other forms of abuse including verbal, psychological, and emotional.

Abusive spouses use these tactics in order to control their partners, making them feel helpless and dependent on the abuser.

Let’s face it, there are some spouses who have a hard time controlling their anger. Sometimes they get so angry that they do not know how to deal with the situation, and instead of being honest about what is going on, they choose to lash out at their spouse in an abusive manner.

This type of behavior can be very difficult for both parties involved, because while one person feels hurt by this lashing out, the other party may feel just as hurt by denying that anything is wrong or trying to cover up his/her actions. Let’s talk about some behaviors of these abusive spouses and why it happens.

It is not always easy to recognize an abusive spouse. Abusive spouses come in all shapes and sizes, and they appear like normal people on the outside. They may be very generous and kind to others, but at home, they are manipulative and controlling. When asked about their behavior by outsiders, they will make up excuses for it or blame you for provoking them into such behavior.

You can’t change someone who doesn’t want help; however, if you recognize the signs of abuse, then there are things that you can do to protect yourself from further harm. An abusive spouse will try different tactics over time as a way of gaining power over their partner; here are some examples: isolation, silent treatment, telling you what you should and shouldn’t do, and just plain lying. It’s not always easy to identify an abusive spouse because abusers come in various ways.

If you think you or someone close to you may be experiencing an abusive relationship, it’s important for you to understand how they behave so that you can seek help if necessary.

A mirror is a powerful object that can be used to reflect your true self. 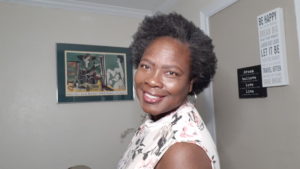 When you look in the mirror, what do you see? Do you see someone who has accomplished all their goals and dreams? Or are there some things on your list of “to-do’s” that are still undone?

When you look in the mirror, what do you see? Do you see someone who has accomplished all their goals and dreams? Or are there some things on your list of “to-do’s” that are still undone? You’re looking at a person who has experienced and seen things that most people know nothing about. The reality is that once we step into adulthood, our lives are full of reflection. We experience moments where we question what it means to live a life with meaning and purpose

We all know the saying “The mirror doesn’t lie.” What this means is that our reflection in a mirror is true and honest. It reflects us what we really look like with no make-up, filters, or editing. 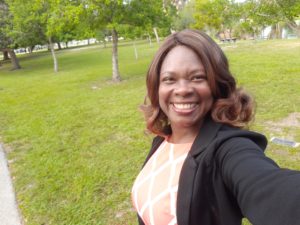 What matters is how confident feel about yourself, good of shape is your clothes going to make you feel?

When we shop for clothing, many people can get overwhelmed by all the options available because they don’t know which style will work best for them. Just me, I don’t have a particular brand that I go for, once I see something and I like… Yeah  – but there’s one thing that won’t change regardless of weight, height, age, or anything else about yourself–confidence!

If you can dress confidently, then those other concerns (like being too small) become irrelevant. You just need to find clothes that actually fit so that when someone compliments on your outfit instead of feeling embarrassed from not fitting

It’s time to take a look in the mirror

See what it has to say about your life, health, and happiness. Don’t be afraid of what you find. Confronting reality is hard, but necessary if we want to make positive changes for ourselves and others.   an impossible feat because no matter who you are or where you come from this goal

You deserve nothing but the best for yourself… after all, we are our own worst critics.

I first read the book The Magic of Thinking Big by David J.Schwartz about six months ago when I first heard about it from Steve Harvey, it had a self improvement section. This wonderful book has inspired and influenced people such as Tony Robbins, Jim Rohn, Eric Worre and Tim Ferriss.

2. “Believe it can be done. When you believe something can be done, really believe, your mind will find the ways to do it. Believing a solution paves the way to solution.” – David J. Schwartz

3. “Then it dawned on me that no one else was going to believe in me until I believed in myself.” – David J. Schwartz

4. “Go first class in everything you do. You can’t afford to go any other way.” – David J. Schwartz

5. “Liven up everything about you; your smile, your hand-shake, your talk, even your walk. Act alive!” – David J. Schwartz

This website uses cookies to improve your experience while you navigate through the website. Out of these cookies, the cookies that are categorized as necessary are stored on your browser as they are essential for the working of basic functionalities of the website. We also use third-party cookies that help us analyze and understand how you use this website. These cookies will be stored in your browser only with your consent. You also have the option to opt-out of these cookies. But opting out of some of these cookies may have an effect on your browsing experience.
Necessary Always Enabled
Necessary cookies are absolutely essential for the website to function properly. This category only includes cookies that ensures basic functionalities and security features of the website. These cookies do not store any personal information.
Non-necessary
Any cookies that may not be particularly necessary for the website to function and is used specifically to collect user personal data via analytics, ads, other embedded contents are termed as non-necessary cookies. It is mandatory to procure user consent prior to running these cookies on your website.
SAVE & ACCEPT